October 25th, huh? That's the last time I wrote something here? Well, I wish I had something interesting to report, like that my 8-week intensive training course for the KGB is now over, and I will be moving to an undisclosed location in Russia shortly. Or that an excruciatingly handsome man found me wandering around the desert in an amnesic state and nursed me back to health. Or perhaps that I had joined the Peace Corps and was off building orphanages in the rainforests of Costa Rica. But, yeah... Really? It was a big old mixture of laziness and busyness and writer's block, with a healthy dose of home computer problems thrown in.
So, the good news is that Christmas is now over, along with all the familial stress and financial drain that goes with it. I'm seriously considering going to sleep and not waking up until January, but it seems my work and family obligations (you know, like showing up at work and taking care of my toddler...) will not allow for such tomfoolery. Christmas was good though. It appears as though Toys 'R Us had a case of explosive diarrhea in my living room. Eric got entirely too much stuff, but that's ok. It's his last Christmas as the only child/grandchild, so I figure let him be spoiled rotten. I think his favorite gift, though, was his big boy bed that Santa Claus brought him. Well, more like Santa Claus dropped off a big box from IKEA with a million parts in it, and Chris and I spent 14.5 hours assembling it (mostly Chris--I decorated once the bed was together). 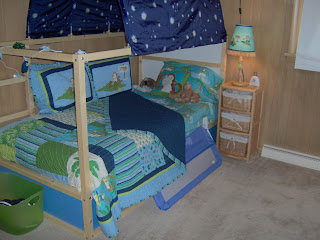 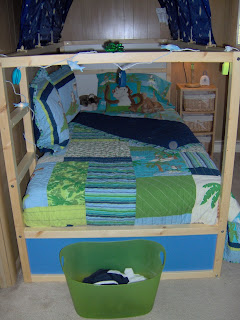 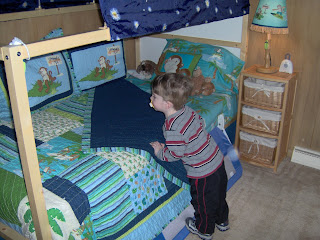 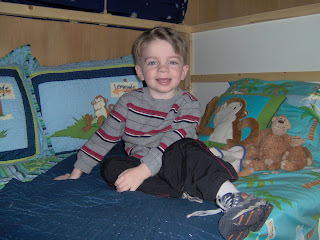 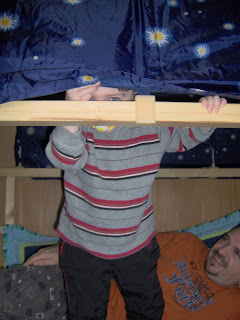 Well, I do have a bunch of other things that I'm planning to write about, and a million other pictures to share, but for now, I'm exhausted. I promise to be back before 2 months time. Promise!