I always knew I was cool...

On Saturday evening we took Eric and Ella to a carnival near our house because, according to my husband, I have a thing for Carnies. It's true. I do have a "thing" for them, but the thing is that I think they're gross. Whatever. Anyway. As we walked through the festival, Eric became more and more excited about going on rides, and Chris became more and more adamant that he wouldn't let his children anywhere near any of the rides. "Would YOU let them ride these death traps?" he asked me. I mentioned that as a child, I rode on many a Tilt-a-Whirl and lived to tell the tale. As an adult, I rode the Zipper and got clocked in the head by my co-rider's cell phone. "And besides," I told him, pointing to a sign displayed by the carnival company, "we have nothing to worry about because they're 'elebrating 20 years of excellence!'" 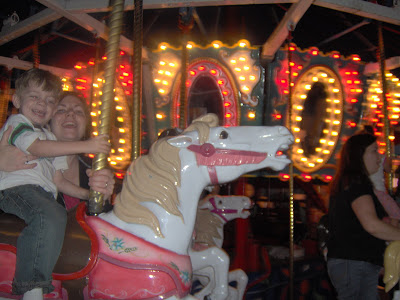 And also, who let this lunatic on the ride? 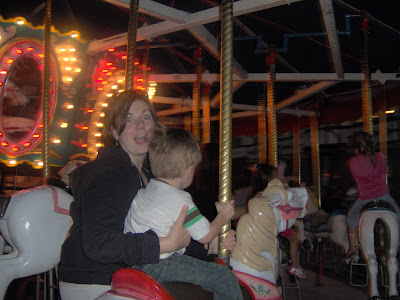 And even though she didn't meet the height requirements, here's little princess pigtails (who, might I add, is only 6 months old, but no longer gets carded when she tries to get into bars...): 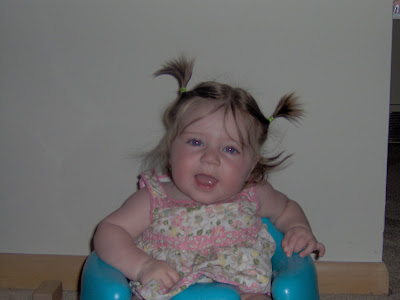